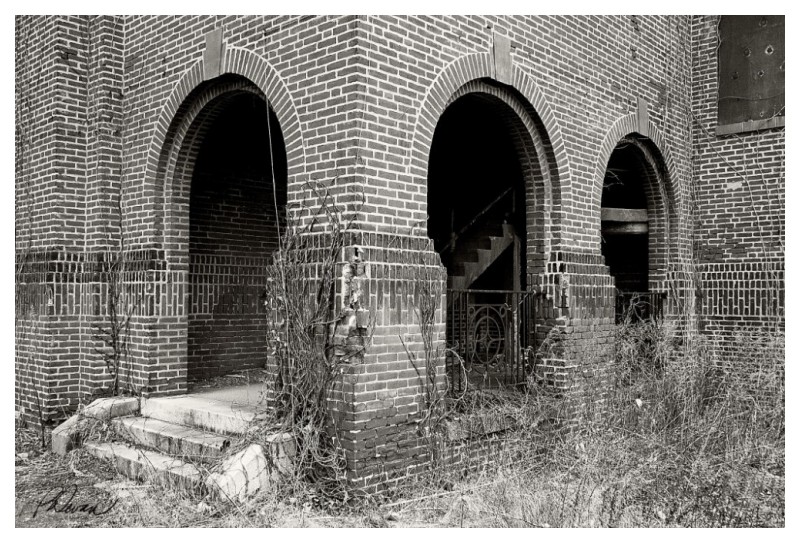 This is the rear entrance to one of the former office buildings of a long closed manufacturing plant in Marcus Hook, Pennsylvania, not far from Philadelphia. Those from my area know Marcus Hook for its heavy industry, most notably its refineries. This is the site where artificial silk, later named Rayon, was invented, developed, and manufactured. The plant manufactured rayon fiber used in clothing, tires, parachutes, parachute cords, among other uses. It also supplied rayon fiber for products used by the military during both world wars. The plant opened about 1912 and closed in the 1970s and has been sitting idle ever since. Some of the architecture of the original brick buildings is incredibly beautiful.

The brick work in some of these abandoned buildings in incredible... we have some here. A wonderful shot in B&W, Russ! Excellent.

sometimes i think the beauty of buildings like this is even more evident when they are abandoned. i'm not sure why. i really like this photo.

I love to find places like this and explore them. The phrase they don't build them like that anymore certainly holds true here. The architectural detail is so trapped in time.

Been trying to catch up after taking a break.