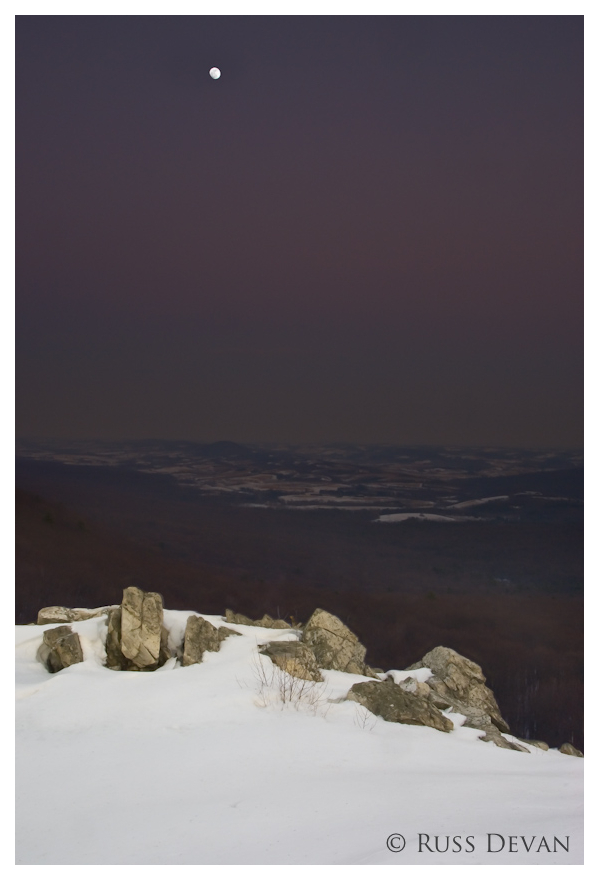 Large boulders of 430-million year old Tuscarora Sandstone peak out from beneath a winter blanket of snow at the summit of the North Overlook on Hawk Mountain, as a nearly full moon rises above the valley to the east. I attempted to photograph the moon as it crested the distant horizon, but haze and clouds completely obscured it. It was, however, perfectly visible an hour later as it rose above the low clouds. Fortunately, it was then quite a bit darker, allowing the moon to stand out in the early evening sky.

this is brilliant! superb composition with just the right balance to it and excellent control of light both in the snow and in the dark background - very fine technique!