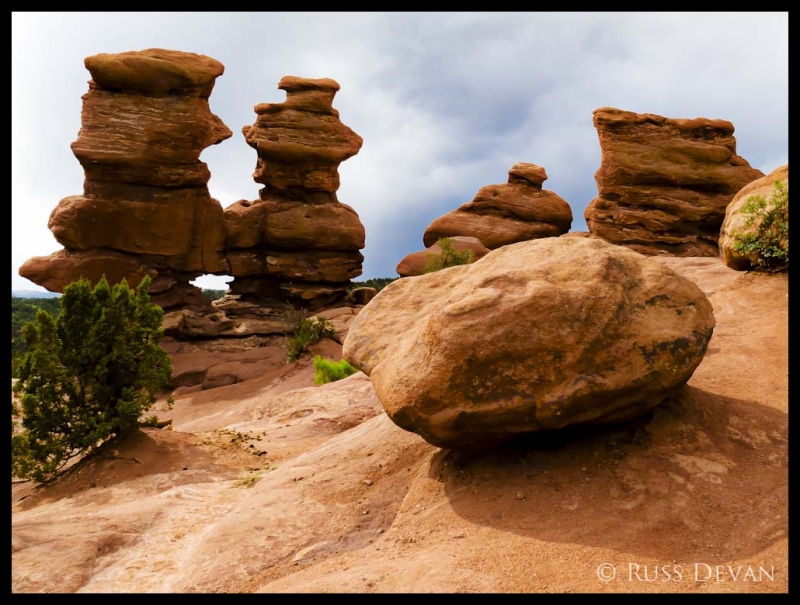 This was taken during the first day of our Boy Scout crew's journey to Philmont Scout Ranch in New Mexico where we would be doing some heavy duty backpacking. Since we live pretty close to sea level (about 350 feet MSL), we spent two days acclimating ourselves to the higher elevations of the west, before spending the next two weeks backpacking at elevations between 8,000 to over 12,000 feet MSL at Philmont.

This was taken during a hike through Garden of the Gods in Colorado Springs, Colorado, not long after we arrived at the Denver airport.

excellent capture of these interesting rock formation! you arranged them very nicely here - there is a good sense of depth and balance! the warms colour tones enhance the scene and mood very well!